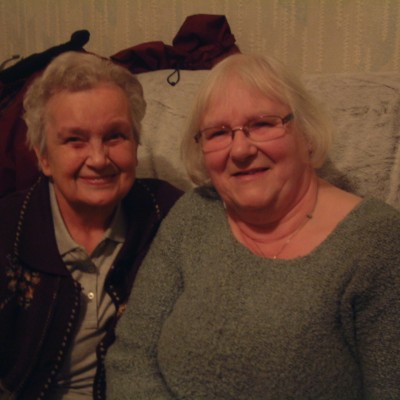 Margaret is a sprightly 85-year-old, who has lived in the same house for the past 45 years, the home where she raised two children. She was first matched up with a volunteer through the former Broomhouse Elderly Befriending Service, which is now part of Vintage Vibes. She got to know Rosemary, a young Canadian living in Edinburgh and the two quickly became firm friends. Even though Rosemary returned to her homeland in 2014, the two still catch up regularly on the phone.  She is now visited once a week by Dot (pictured here with Margaret on the right) and the two enjoy catching up on each other’s lives. “It’s good to have someone coming around to see you,” says Margaret. “Dot and I just talk all the time! She’s really good company and we have a lot in common.”